Do We Choose Unhappiness? 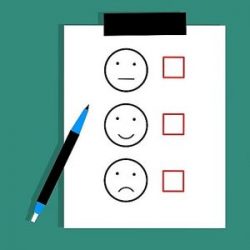 Do We Choose Unhappiness?

Most people would say they seek happiness and avoid its opposite. This is true enough, but my experience as a therapist, educator, and self-reflective human being reveals a paradox. I observe that people, ranging from those considered perfectly healthy to those diagnosed with mental health disorders, routinely employ unhappiness as a strategy to attain happiness. This practice is purposive, as pioneering German psychotherapist Alfred Adler might say. Adler asserted that human behavior (thoughts, feelings, and actions) is in line with an individual’s aims and goals, whether or not all this is consciously understood by the individual.

If this doesn’t make sense to you, then you’ve stumbled upon the human quirk that brings many people to mental health professionals–the internal conflict between the conscious strategies designed to attain happiness and those unconscious strategies that are simultaneously working in opposition to happiness. (When I speak of strategies that are “unconscious,” I’m not referring to some secret pool of invisible Freudian instincts. I’m referring to thoughts and impulses that are so familiar to us, are so much the water we swim in, that we don’t see them, much less call them into question.)

YOU SAY YOU WANT TO BE HAPPY…

If so, isn’t it strange that we so often engage in a motivational strategy of reminding ourselves what’s wrong with us so that we’ll do better? That we deny ourselves peace and contentment until we have lost that 15 pounds? We refuse rest or relaxation until we’ve finished that to-do list or secured that next job promotion?

This paradoxical strategy of fixating on our deficiencies and failings (i.e., generating feelings of unhappiness) so that we’ll become better and thus, happy, is based on what Adler might have called faulty logic: that the best way to get to a state of happiness (or a state that merits happiness) is to drive ourselves with unhappiness. I say this reasoning is faulty because I posit that to stimulate feelings of insufficiency within ourselves so that we’ll do what’s needed to feel sufficient is not only an ineffective strategy, but an illogical one.

STOP SHOULDING ON YOURSELF

Where did so many of us get the idea that the best path to happiness is through shaming, guilting, and worrying ourselves into doing the things that we think we “should,” “must,” or “ought” to do? We’re not crazy, we come by this trait naturally and honestly.

Modern neuroscientists and evolutionary psychologists agree that the human brain/mind has a negativity bias. That is, it is biased toward noticing and avoiding things in the environment that are dangerous in preference to things that produce feelings of well-being and contentment. In a contest between surviving immediate danger and say, sex or digestion, blood will flow not to the stomach or genitals, but to the arms and legs so as to support a fight or flight response. Why? Because if we die, digestion and reproduction are moot. Human perception is active, not passive. It notices the dangerous over the satisfying.

WHERE IS THE REAL THREAT?

But here’s the rub: We are no longer cave residents or savanna dwellers. The majority of people in this culture are not living in a moment-to-moment struggle to survive. The greatest threats to our safety and survival are neither immediate nor proximate. The technical progress that supports our general safety has far outstripped the speed of neurobiological evolution. In short, we’re rare in immediate danger, but we still act as if the best way to get something done is through fear.

The more fundamentalist streams of religion support the old strategy: do good, or bad things will happen. Be hypervigilant about your human weaknesses or you’ll open the door to temptation and damnation.

There’s a strong case for force of habit and the sluggishness of evolutionary adaptation in this enduring attachment to fear and self-criticism as motivators. There’s also the addictive power of intermittent reinforcement, that phenomenon by which a gambler will keep feeding money to the slot machine because of the very occasional jackpot; or the partner of an abusive spouse will stay with the spouse, waiting for another one of those rare, shining moments. We still employ the fear-based or self-critical strategy to arrive at happiness because every once in a while the law of averages produces an apparent win.

THE WORK IN THERAPY

Part of my work as a therapist is to persuade clients that constantly reminding themselves of their fears, inadequacies, and mistakes not only fails to solve the problem, it is the problem. It doesn’t show a way out of their distress, it causes their distress.

If you do mistakenly employ the strategy of fear and self-criticism to bring about happiness, what is the alternative? Observation and experimentation. Watch the process at work. Notice the quality and tenacity of your fearful, anxious, self-defeating thoughts. Notice how these repeated thoughts generate states of anxiety and depression that not only fail to achieve the result of positive behavioral change, they rob you of the energy and focus you need for positive change.

When you see all this in action–patiently, deeply, and profoundly, you will understand the truth, “in the seeing is the transformation.” You will not have to “think positively” or “fight your negative thinking.” You may be like the child who, having once touched a hot stove, never touches one again. Or change may require repetition and practice. You may see again and again that every time you “pick up” thoughts of self-doubt and defeat, your mood and behavior take a nosedive. You’ll realize that just because you have a thought doesn’t mean you have to think it. You’ll pick up these thoughts with less and less frequency and you’ll put them down quickly. You needn’t do this all on your own. Therapy can help. Mindfulness meditation is also a great aid to observation and experimentation.

This process of iterative change is captured beautifully in this piece by Portia Nelson.

I walk down the street.

I am lost… I am helpless.

It isn’t my fault.

It takes forever to find a way out.

I pretend I don’t see it.

I fall in again.

I can’t believe I am in the same place.

It still takes me a long time to get out.

I see it is there.

My eyes are open.

I know where I am.

It is my fault. I get out immediately.

I walk around it.

I walk down another street.

Listen to a podcast on this topic by Bob Gordon and Lena Derhally:

Sessions with Bob and Lena. Season 2, Episode 13: Do we choose unhappiness?