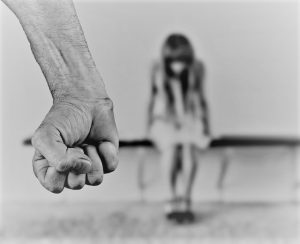 Recently, a story that has captured the attention of millions around the world is the young Colorado father, Chris Watts, who has been accused of killing his pregnant wife, Shanann Watts and 2 young toddler daughters. Perhaps what is most shocking about this case for so many is the fact that this family (from social media, at least) seemed to be picture perfect. Shanann would constantly post glowing statements and pictures about her husband. By all accounts, people who knew Chris commented that he was quiet, a family guy, never got angry and wouldn’t hurt a fly.

So what happened here? One of the questions someone asked me is if there are “red flags” or ways to tell if your partner is capable of this. Often times there are, but then we have people like Scott Peterson (who killed his pregnant wife) who don’t necessarily show any warning signs. Both Chris Watts and Scott Peterson were having active affairs at the time of the murder of their wives and the wives seemed to have no clue about the secret lives of their husband’s (as far as we know).

The term “family annihilator.” is often used for men like Watts and Peterson. According to an interview with FBI agent Brad Garrett: “Family annihilators tend to be white men in their 30’s, tend to commit such acts in August…..always premeditate their crimes but only focus on the immediate gain of the moment.”

Often these cases are so captivating because they are so unfathomable to the vast majority of people. We also want to believe that people capable of such evil will show warning signs. One thing is for certain, with all the advances in technology, secret lives and these types of crimes are harder and harder to hide.