Overcome the New Wave of Bullying

Overcome the New Wave of Bullying 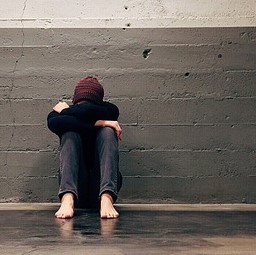 A Disturbing Surge in Schools

There is a disturbing surge in hate-laced bullying among students of all ages, as reported by Katherine Stewart in “The Nation”.  Particularly toward Muslim students, immigrants, and children of color, girls, and Jews.  According to the Southern Poverty Law Center, more than half of teachers surveyed reported an increase in uncivil political discourse.  The damage to our culture of civility will take time to repair.  It can cause trauma to the bullied, and the bully suffers as well.  Children who are bullies are more likely to commit crimes later in life.  When adult role models are bullies, it teaches children to solve their problems by taking it out on others.  When it is accepted in our mainstream culture, bystanders become indifferent, since it has been modeled as an acceptable practice.

Even Teachers and Coaches Model Bullying

There are kids who have to go to school every day worrying about being ridiculed, pushed around, teased or deliberately left out.  Other kids are bullies, support the bully, or stand idly by.  There are even teachers and coaches who model mean-spirited behavior.  My son had a coach that called him “shrimp”, and a teacher who called another boy “lard ass”.  This goes on every day, and it erodes the self-respect of everyone involved.  Bullied kids develop survival strategies instead of social skills.  They do what it takes to get rid of the pain, which can have dire consequences.  Parents often confront the school’s administration, but they essentially say that there’s nothing they can do.

There is no such thing as an innocent bystander, and there is no excuse for indifference when one witnesses cruel behavior.  When we are indifferent to violence, we are promoting apathy, and thus condoning hatred.  What sort of model are we setting for our youth when we do nothing?  Is it any surprise that our children are afraid to speak up when they see mistreatment?  They can’t even trust adults to step up.

Punishment is NOT the Solution

There is a process for solving bullying situations, and it’s not to punish the bully.  Punishment deprives the bully of the opportunity to understand the consequences of their behavior, or to empathize with the victim.  We must keep their dignity intact because a decent, caring and responsible person can change their behavior.  This person will want to apologize, fix what they did wrong, and find ways to keep it from happening again which Barbara Coloroso describes in The Bully, the Bullied, and the Bystander: From Preschool to High School–How Parents and Teachers Can Help Break the Cycle

As parents, we need to begin by modeling how to do what is right, even at personal cost.  We need to demonstrate that we have a social conscience.  Right now it is particularly important to model our own values of civility and empathy toward all human beings.  Human rights mean that all are treated equally. If we help to create opportunities to “do good”, they will see that helping others feels a lot better than putting them down.

We can show that as adults, we don’t have to succumb to peer pressure and over-indulge our kids by buying them the latest update in technology, so they don’t feel a sense of entitlement.  It might mean not bailing them out when they get in trouble so that they learn they are responsible for their actions.  In order for children to have the courage to stand up for what is right, they need to learn how to solve problems, and risk being the outsider when the popular crowd’s behavior is harmful to others.  It takes strength to act with integrity when confronted with a bullying situation.  Children gain confidence in their own abilities through experience, mutual respect and responsibility for their actions.  They learn to balance their own needs in relation to others and resolve conflicts peacefully when they see adults who are doing the same.  Especially at the moment, they need parents and role models who show how that is done.

Queen Bees and Wannabes: Helping Your Daughter Survive Cliques, Gossip, Boyfriends, and Other Realities of Adolescence by Rosalind Wiseman

Masterminds and Wingmen: Helping Our Boys Cope with Schoolyard Power, Locker-Room Tests, Girlfriends, and the New Rules of Boy World by Rosalind Wiseman

The Bully, the Bullied, and the Bystander: From Preschool to High School–How Parents and Teachers Can Help Break the Cycle
by Barbara Coloroso