The Three P’s of Relationship Conflict: Do You Pick, Project, or Provoke?

The Three P’s of Relationship Conflict: Do You Pick, Project, or Provoke? 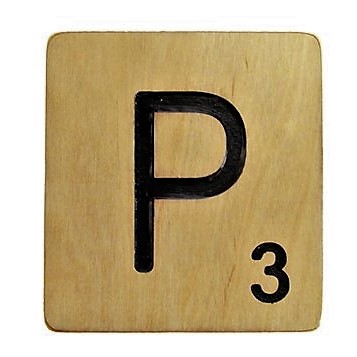 At the heart of Imago Relationship Therapy is the idea that unresolved wounds of childhood have a way of programming us–patterning us–with an internal blueprint for a partner. The partner who fits this blueprint has the capacity to wound and disappoint us in just the ways we were wounded and disappointed as infants and children. Freud referred to this as “repetition compulsion,” the tendency to reenact past traumas or to put ourselves in situations where these traumas will be reenacted. In everyday language, you may hear someone caught in repetition compulsion referred to as “stuck in a revolving door” or “endlessly repeating the same mistakes.”

Why We Keep Doing the Same Thing

But why would we choose to repeat the painful past? Well, it’s not exactly a choice. It’s what psychology refers to as unconscious behavior. We’re not conscious of what we’re doing or why we’re doing it, hence the term “unconscious.”

There are at least two viable explanations for why we keep doing things that hurt. One is that humans tend to seek comfort in the familiar. We do what we’re used to. For example, if our family of origin was highly critical, then being with a critical partner may feel like love. (Note that the root of “familiar” is “familia” or family.) It’s odd that we’d “seek comfort” in something painful, but the power of predictability is strong. The human brain likes shortcuts, generalizations, and simplifications because they save time and neural real estate. Another way to say this is that maladaptive patterns of behavior become ingrained through repetition.

A second explanation for why we get ourselves stuck in repeating painful events and feelings is because we’re trying to “get it right,” to reenact a painful story until we get a different ending.

This is what pick in the three P’s is getting at. To paraphrase Imago Therapist and educator Rick Brown, we think we’re “choosing” our partner, when in fact we’re riding stop a multi-ton beast called “the unfinished business of childhood.” This beast is leading us to what feels familiar and to the hope of a better ending. Many, if not most, of us, do this to some extent. The problem is when we don’t have the insight and tools to deal with our choices.

Alternatively, even if we didn’t pick a partner who delivers the expected behaviors (or even if we did), we may exercise the second P–we may project the behavior or motives we expect or fear upon our partner. This is a bit like the person who encounters a rope coiled up in the shed and sees a snake. The brain, always striving to save time and neural space, “fills in” what we perceive with what we expect and what we have perceived in the past. As the Talmud puts it, “We see the world not as it is, but as we are.”

In our intimate relationships, projection acts like a kind of trance–and may actually be one. A trained therapist can see the change in a client’s face and behavior when the client becomes entranced or “hijacked” by a projection. To illustrate projection, let’s say a wife calls her husband, who is out with his friends, with the innocent motive of establishing his ETA. She hopes for some conversation and physical intimacy when he gets home. She says, “Hi. When are you coming home?” The husband hears a motive in her manner, as if what she means is, “I own you. I want to inhibit your autonomy and independence by checking up on you and reminding you of your obligations to me when you’re away enjoying your freedom.” He proceeds as if his projection is a fact and responds, “Seriously!? I can’t have one night out without you checking up on me?”

This imaginary husband’s response is right out of his family of origin where, in the exploration phase of childhood development, his every attempt to venture out into the world was met with panic and control by his primary caretaker. Because his wife is close enough to be family, her innocent query sounds like something else and triggers a historic response that has little to do with her and everything to do with his history. If this couple has no way to penetrate the haze of projection, it goes unchecked and he has just met his wife’s bid for connection with a virtual slap in the face. Such is the power of projection.

The third P stands for provoke. Even if our partner isn’t exhibiting a troublesome behavior, and we haven’t projected it, we may provoke it by our own behavior. Let’s use the husband in the previous example. This time, let’s imagine his wife, normally calm and secure, calls him about his whereabouts in a state of extreme anxiety and agitation. In this example, it’s very out of character for him to stay out until 2 am without checking in with his wife, so when she calls, there’s no projection needed on his part: she is upset with him and she didn’t get there by herself. Having provoked her high-energy reaction, the husband can now confirm his story of his wife as “controlling.”

Obviously, if we have picked a partner who is abusive, controlling, narcissistic, highly-reactive, etc., it hurts to be on the receiving end. Conversely, a partner who is being projected upon or provoked into their partner’s negative image of them may feel confused, crazy, misjudged, or furious; especially when their partner says, “See? I told you you’re (fill in the negative quality).”

How do we cut through the Three P’s?  People with the most favorable upbringings will likely have the capacity to pick partners with a high capacity for connection and commitment and will be less inclined to project and provoke. But for those of us with more difficult conditioning, Imago Relationship Therapy provides, among other things, the Imago Dialogue, a methodology for talking through conflict that slows down reactivity, cuts through repetition compulsion, and enables the couple to finally get the “better ending” they’re longing for.