HomeCommunicationThree Steps To “Hearing” Your Partner 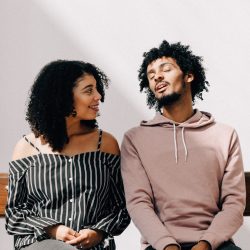 In my own work with couples, I have found that many of the issues that bring a couple to therapy have a way of either getting worked out or being “lived with” once the connection between the partners is restored. The “enemy” in a relationship is not the other person nor the conflicts; it is the manner in which the distressed partners communicate about the conflicts. When the aggrieved partner is fully listened to, really heard, there can be a dramatic shift in their emotional state and receptivity to reconnection.

How to make your complaint

The first piece of advice is for the aggrieved partner.
In communicating your hurt to your partner, describe how you experienced your partner’s offense in neutral, objective terms, focusing only on their behavior and the interpretations and reactions that arose in you as a result. Do not interpret the other person’s behavior (e.g., “You tried to humiliate me”), nor mimic it (e.g., “You were like ‘blah, blah, blah’”), nor describe their possible motives for acting that way (e.g., “You were thinking only of yourself, you just wanted to humiliate me,” etc.) nor list what you think are their personality defects (e.g., “You’re rude, selfish, dishonest,” etc.). Just stick to the facts. Avoid the words, “you always,” “you never,” or ”you made me feel…”  Why be so careful in your delivery? To enable your partner to hear what you’re saying, rather than focus on mounting a defense against it.

Old Way: “When I called and you were so rude, it was obvious you don’t care about me. As usual, you made me feel like two cents.”

Better Way: “When I called, you didn’t sound like you usually do—at least that’s how it seemed to me. The way I interpreted your tone was that I was intruding and you were irritated at me. I felt humiliated.”

The remaining advice is for the listener or “Receiver.”
1. Mirroring

As the Receiver (listener), your job is to tell your partner what you just heard them say (i.e., “Mirroring”), staying as close as possible to what they said. Avoid rephrasing, editing, interpreting, or sneaking in a defense or judgment. Put your explanations, defenses, and rebuttals aside for the moment and take a journey into your partner’s world–see how things look to them. Stay curious! You will have a turn to present your side, but for now, just listen–and listen without mentally formulating a response. Instead, “mirror” what your partner said. Don’t correct them, interrupt them, or say new things while they’re talking. If they’re “wrong,” let them be wrong. You can correct them later if you still want to. The only exceptions are (1) to ask the speaker for clarification if you don’t understand what they said or meant, or (2) to let the speaker know that you’ve heard as much as you can faithfully mirror back to them at one time, e.g., “OK, can you pause for a minute while I mirror what you’ve said so far?” Once you have mirrored what you heard, ask, “Did I get that?” Once you know that you mirrored the sender back correctly, ask, “Is there more?”

Once you have heard and “mirrored” each section of what the “sender” said (there may be a number of iterations of speaking and mirroring), summarize their whole “send.” Then ask, “Is that a fairly accurate summary of what you said?” If it wasn’t, accept their corrections and try again. If it was, continue with step 2.
2. Validation

Validation is a way to let your partner know either that (1) their experience of you was correct (e.g., “You’re right. I was loud, argumentative, and I did say those things,” or (2) even if you don’t agree with their description and/or interpretation of your behavior, you can imagine how it might have looked the way they described it. Examples: “What you say makes sense, and the way it makes sense is that I think I would have experienced it the same way,” or “I can see how you might have interpreted my behavior that way, because…,” or “What you say makes sense to me because I feel the same way when somebody does what I did.”

Follow up your validation by asking, “Does that feel validating to you?” If their answer is “No,” try asking, “What do you most want me to ‘get’ from what you’re saying?” Listen to their response, then try again.
3. Empathy

Empathy is the “gold” in Imago dialogue. This is where you imagine what feelings your behavior evoked in the sender–even if you believe they misunderstood you or “got it wrong.” Offer empathy in three parts:

Once you have completed these three steps, I strongly recommend that you wait at least one day before reversing roles (where you become the “sender” and your partner the “receiver”). This delay has two purposes: one, to give you sufficient time to absorb and integrate your partner’s experience of you and, two, to give your partner a full day to savor the experience of being listened to and heard.

Don’t be surprised or discouraged if in the midst of intense conflict you’re unable to execute these steps without professional help. You’re not alone. Communicating conflict with clarity and dignity may take lots of time and practice.