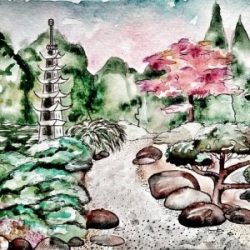 I love the following reflection from Richard Rohr, a wise Franciscan priest, who founded the Center for Action and Contemplation. The vivid metaphor of the loyal soldier resonates deeply with my experience personally and professionally. The ways we learn to protect ourselves and stay connected when we are young—what we call in Imago Therapy our childhood adaptations and defensive behaviors–are like a loyal soldier that keeps us safe and gives us a sense of identity and purpose at an early stage in life.

However, these strategies—our loyal soldier—no longer serve us in our adult intimate relationships. For example, growing up, my husband learned to withdraw and disconnect from his emotions when he or others around him were stressed or anxious. As you might imagine, this strategy was not very successful in our relationship when I felt stressed about something and needed him to listen to me! Together we had to learn new, more loving and conscious ways to respond to each other.


What “loyal soldier” do you need to discharge in your life now?

This story from Japan at the close of World War II illustrates how we might support ourselves and others in transition to the second half of life. If you have ever been to Japan, you will know that its culture is rich in ritual, with a strong sense of the importance of symbol, aesthetics, and ceremony.

At the end of the war, some Japanese communities had the wisdom to understand that many of their returning soldiers were not prepared to reenter civil, peaceful society. The veterans’ only identity for their formative years had been as a “loyal soldier” to their country, but now they needed a broader identity.

Beyond being a soldier

So the communities created a ceremony whereby a soldier was publicly thanked and praised for their service to the people. After the soldier had been profusely honored, an elder would stand and announce with authority: “The war is now over! The community needs you to let go of what has served you and us well up to now. We now need you to return as a parent, a partner, a friend, a mentor—something beyond a soldier.”

I call this process “discharging your loyal soldier.” As Ken Wilber suggests, we need to “transcend and include” as we grow, recognizing the value of what has come before while shedding old skins and identities that no longer fit us.

Thank you, I release you now.

With tenderness, notice how at various times in your life you’ve fixated on different priorities, different measures of right and wrong, different sources of meaning and belonging. Give thanks for the lessons you learned at each phase that helped you survive, succeed, and become who you are today. Ask yourself what beliefs you may be ready to lay to rest, ways of thinking and acting that no longer serve your maturing awareness of reality.

You might wish to explore your journey in one or more of these ways:

Adapted from Richard Rohr, Falling Upward: A Spirituality for the Two Halves of Life(Jossey-Bass: 2011), 43-44.