Save Your Relationship in Two Short Phrases 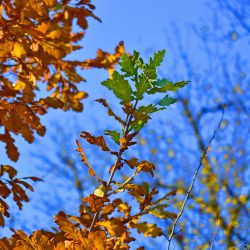 Save Your Relationship in Two Short Phrases

We see things not as they are but as we are. ~ The Talmud

According to the Mirriam-Webster dictionary, a phenomenon is “an observable fact or event,”  “an object or aspect known through the senses rather than by thought or intuition.”  The dictionary also defines a phenomenon as “an exceptional, unusual, or abnormal person, thing, or occurrence,” but in this case we’re concerned with the first definition: something that can be agreed upon as a fact, independent of interpretation or distortion.

Why does this matter? If every couple was adept at distinguishing between phenomenon and story, I would likely be out of a job. If couples were able to agree on facts, there would be far fewer conflicts to see a counselor about.
Take for example an instance of jealousy. Tim and his fiancé Janice are at a dance club. While Tim makes his way back from getting them both a drink, he sees another man in his seat. The scene, as Tim sees it, is a lively and animated interaction between Janice and this other man: big gestures, smiles, faces too close for strangers, shared laughter, easy eye contact, and even a parting mutual cheek kiss, European style. Tim’s imagination creates a story that “a guy is hitting on Janice and she’s totally into it and egging him on.”  By the time Tim arrives with the drinks, the man has left and is sitting across the room. And Tim is boiling over.

That was Tim’s story. But what were the phenomena?

Like many of us, Tim is not particularly skeptical of the internal stories he creates about what he sees or hears. And that’s a problem, especially since Tim is prone to insecurity and emotional reactivity. Ignoring Janice’s attempted explanation, Tim storms out of the club. Janice follows him. After a screaming scene in the parking lot and threats of breaking their engagement, Tim calms down and listens to Janice’s explanation: The man in question was a former coworker that Janice hasn’t seen since she introduced her best friend to him. Her friend is now his wife. Janice was the maid of honor at their wedding. The man was there tonight with his brother, listening to their favorite local band. Janice introduces Tim to him.

Gaps in our perception

Most occasions of internal story making are not so dramatic, but the small ones can be cumulative. Modern neuroscience tells us that human perception doesn’t take in everything. There are gaps in our perception that are filled in with what we expect, based upon past experience and conditioning.

Is this a biological mistake? No, there is a good evolutionary reason for this. Without the generalizations and shortcuts, the brain-mind uses to fill in the gaps, a lot of neurological real estate would be expended by taking each situation we encounter is unique. Generalizing from past experience saves time and space in the brain’s “hard drive.” The problem is that our expectations and generalizations are not always correct. To complicate matters, evolution has endowed the human brain-mind with a built-in negativity bias. This isn’t to make us miserable (though it often does) but to protect us from unexpected danger and enable us to make sound predictions.

We see things as we are

The problem is contained in the quote at the beginning: “We see things not as they are but as we are.” Let’s look at a more commonplace example. Jonelle comes downstairs to the kitchen after an unplanned Sunday nap. Her husband Jay, making himself a cup of drip-though coffee, doesn’t say anything to acknowledge that she entered the room as he usually would. Those are the phenomena. Now for the story. Jonelle’s brain-mind, confronted with the unexpected, draws from past experience to construct a story that makes sense to her: He must be mad. That’s how mad people act, isn’t it?

“What a stoney silence! You could cut the tension with a knife. What did I do? Oh, I’ll bet he resents me for falling asleep upstairs and leaving him downstairs with the kids.” Jonelle is vaguely aware that she feels a little guilty about her nap, and sort of expects a little resentment from him.

Rather than testing her assumptions, Jonelle’s brain-mind negativity bias gets the better of her. She launches a preemptive strike, based on the story she has created that Jay is angry with her about her unannounced nap. She snaps, “I do the lion’s share of childcare around here. What’s the big deal if I take a nap?” Jay is caught off guard and goes into defensive mode. “What the hell are you talking about?” he bristles. “You!” She replies. “I come down here, and you give me the cold shoulder. For nothing.”

After a 15-minute argument, it is revealed that Jay was deeply engrossed in an imaginary conversation with his father, anticipating that their weekly call tonight will not go well, since last week’s call ended on an upsetting note. When Jonelle entered, Jay was in another world, running all sorts of scenarios with his father, unaware that Jonelle had fallen asleep or entered the room.

A healthier response to Jay’s silence on Jonelle’s part in the first place might have been to test her assumption with him: “Jay, can I check something out with you? I notice you’ve been silent since I came into the kitchen. That seems unusual to me, and I’m making up that you’re mad about something. So I get bent out of shape about it, let me ask. Am I right?”

Jay might then answer, “What? No. I’m sorry I didn’t notice you, babe. I was totally lost in my head, having an imaginary argument with my dad.”

These disconnections and miscommunications are all too common in marriage. Wise couples learn to keep their innate negativity bias in check and to extend to their partners the benefit of the doubt. They also learn the all-important skill of separating story from phenomenon and checking the validity of their stories before the sorts of preemptive strikes illustrated in this article.

Going forward, memorizing these two phrases may save you much unnecessary suffering: “Phenomenon vs. story” and “check out your assumptions.”